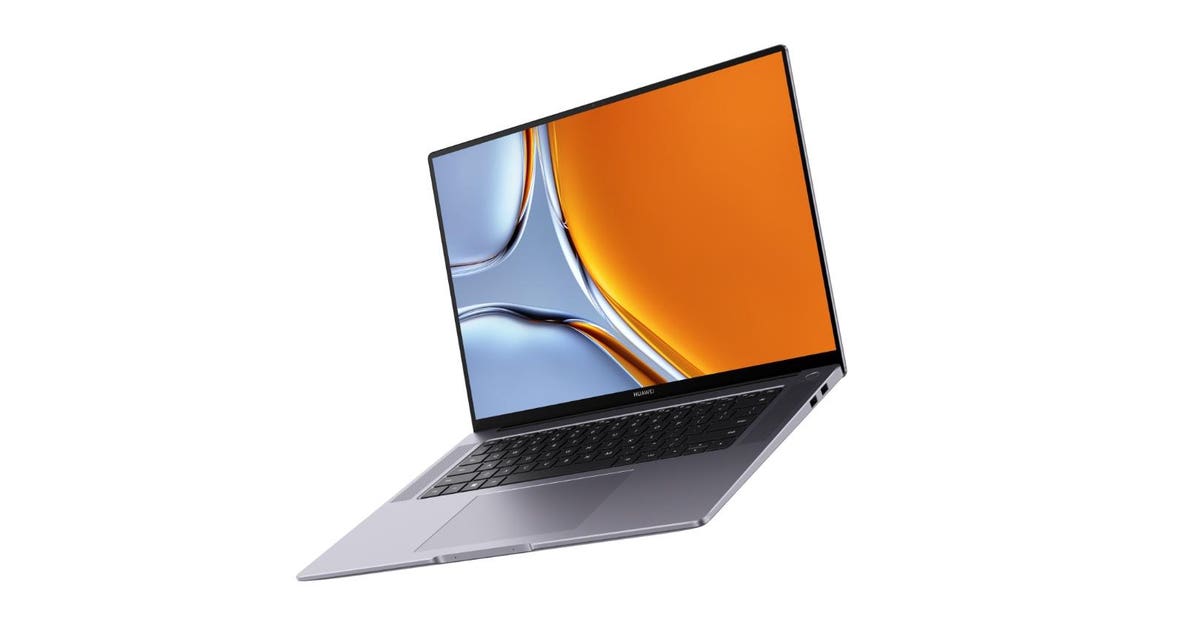 Huawei MateBook 16S review: the workhorse of the big screen

16-inch laptops didn’t make much sense because the main reason to own a laptop is portability. And 16-inch screens just didn’t work well in the laptop space years ago, when bezels were even thicker and components weren’t as streamlined.

But display technology has improved to the point that bezels can be ultra-thin, and modern silicon is getting smaller and more energy efficient. This has allowed laptop makers to make 16-inch laptops that resemble the body of a 15 or even 14-inch laptop from five years ago.

Apple makes a very good one, running on the company’s M1 Max silicon. If you want the equivalent but in the Windows space with Intel silicon, then Huawei has one for you.

Named the MateBook 16S, it’s a Windows machine running Intel’s latest 12th Gen H-series processor, with a gorgeous 16-inch, 2.5K display with touchscreen support and a surprisingly thin at 17.8mm. It’s not light, at just over 4 pounds, but given that it’s a 16-inch, it can’t be considered heavy either.

The laptop is available in i7 or i9 configurations, priced around $1,530 and $1,720, respectively. I say “around” because the laptop does not sell in the US, but is officially available in the UK and parts of Asia including Hong Kong, Singapore, Malaysia and, of course, mainland China. In some markets, the purchase price also includes a free monitor.

That’s a fair price for a machine with a high-end screen and the latest from Intel. However, there is no discrete GPU – Huawei relies on Intel’s Iris Xe graphics. In my testing, that’s more than enough for normal computing tasks, and even casual gaming and video editing, but if you’re doing complicated 4K timelines, render times will be slower than Windows machines with a Dedicated GPU, and certainly slower than the 16-inch MacBook Pro M1 Max.

But creatives aren’t the market Huawei is aiming for here, this laptop is still aimed at office and professional work. And the machine is very good at it, with a large keyboard with bouncy touch keys. With 1.5mm of travel, this keyboard has more depth than most laptop keyboards.

The trackpad has also been much improved over Huawei’s 2021 offerings, I can navigate Windows 11 without accidentally triggering things like I did with older Huawei laptops. It’s a machine I can use without a mouse, which I can’t say for many Windows laptops.

Despite its slim build, the MateBook 16S also packs more ports than most laptops, including two USB-C ports (one of which is Thunderbolt 4), HDMI, a headphone jack, and two full-size USB-A ports. . The latter are increasingly rare in new laptops as the industry tries to force the switch to USB-C. To be honest, I also mostly use USB-C, but it’s always good to have USB-A ports around.

Back to that screen: it offers impressive color calibration and maximum brightness, and as mentioned, supports 10-point multi-touch. A touchscreen on a laptop isn’t something I desperately need, but it’s very nice to have. For example, when I’m typing long blocks of words, it’s nice to be able to move the cursor two paragraphs up by tapping the screen instead of dragging the mouse arrow.

I’m also a fan of the 3:2 aspect ratio instead of widescreen because it displays vertical content better. You can even open four apps at once in Windows 11 without squinting too much. However, this means a major letterbox when watching movies or videos.

There are two speaker grilles that sandwich the keyboard, and they sound great: the sound is loud and full.

This makes the laptop a good media consuming machine, and its battery life is matched as well. Expect to get at least 11 hours of video playback. For work, I can spend about seven to eight hours doing my non-video tasks, which includes using a web browser with half a dozen tabs open, streaming Spotify in the background and Slack, Twitter open at all times. It’s good battery life.

Charging is done via the USB-C port, the laptop comes with a 90W or 135W charger depending on whether you buy the i7 or i9 model.

Software-wise, the MateBook 16S runs Windows 11 as mentioned, but there are additional benefits for those using Huawei’s ecosystem of devices. You can, for example, quickly connect a Huawei smartphone and mirror your phone screen to the laptop screen. It’s not a stupid connection, but an interactive connection. You can actually control most of your phone’s features through the laptop screen. If you have Huawei’s excellent MateView laptop, you can also easily stream content and use a Huawei tablet as a secondary display. Outside of Apple, Huawei may have the most seamless ecosystem synergy right now in consumer tech, which the company has dubbed “Super Device.”

Since major hurdles were placed in front of Huawei’s then-rising mobile line, the company has moved into other areas of consumer technology, and it appears the company is achieving the same rapid increase in the wearable space. and computing that his phones used to do.

The MateBook 16S is an excellent large-screen Windows machine for those who need it. Most people would still be better off with a smaller 13-inch model, but for those who just want more screen real estate, or want something that can be a full-time personal computer, this is a interesting addition.